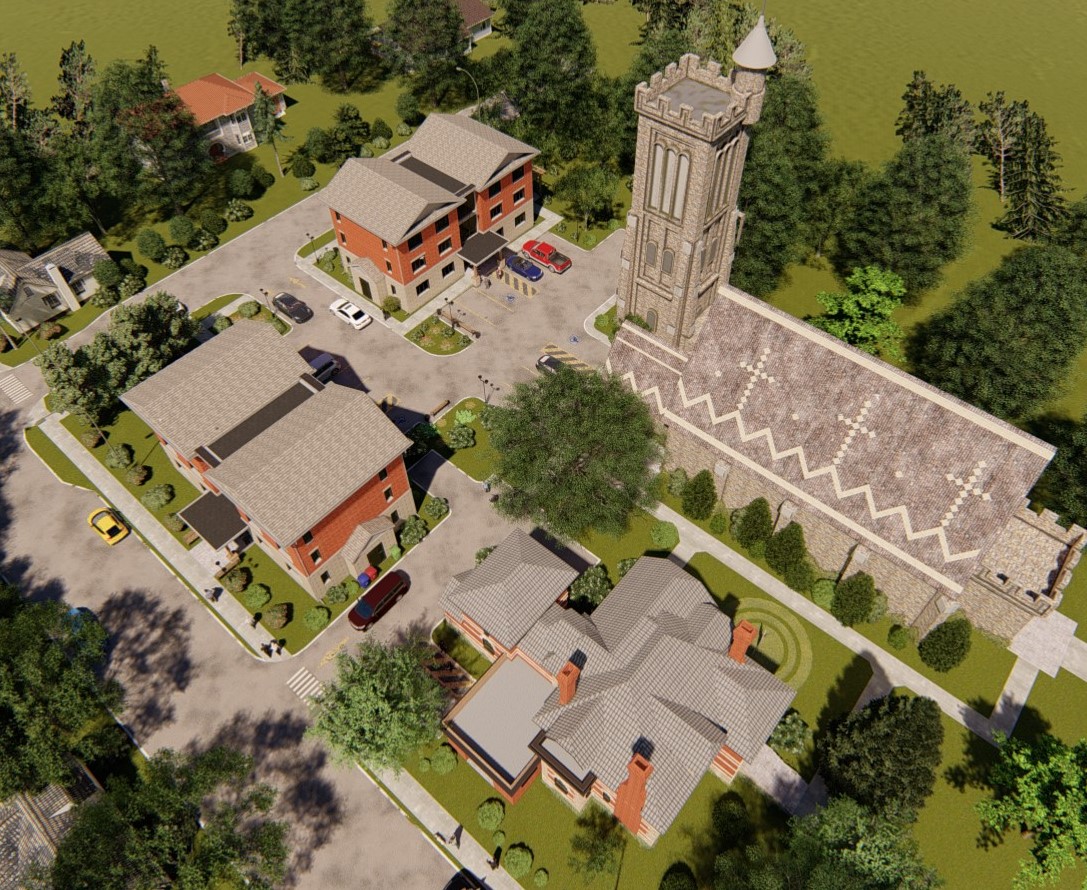 Main Image: Overview of the development at the Church of the Good Thief

In 2018 the Roman Catholic Archdiocese of Kingston (Archdiocese) sold the residual land and former Rectory at the vacant Church of the Good Thief to a numbered company (62 Baiden Inc.), with the intent to create 16 new residential apartments. Four apartments would be located in the former Rectory and 12 units would be in 2 new six-plex buildings. Heritagedowntowns.com  prepared a Heritage Impact Statement to secure approval to demolish the former Parish Hall, gain approval for the new construction and rehabilitate the Rectory. This project was  coordinated with the Archdiocese who was developing a separate restoration and reuse plan for the vacant Church. However, due to the Pandemic and resultant significant loss of income, this project is now shelved. Development of an  interim reuse plan for the Church to address the costly exterior restoration for a building which has been vacant for more than 10 years, continues.

A Public Information Centre (March 2019) indicated there was general support for the proposal, though there was some opposition from immediate neighbours. A positive staff report approving the zoning amendment got the process started.

The demolition of Parish Hall  was the first approval required from the Kingston Heritage Committee and several conditions (submission of a Heritage Impact Statement in 2019 and reuse of the exterior limestone blocks) were agreed upon for release of the Heritage Permit. . Once the Parish Hall was removed, construction started in earnest with Sullivan Construction and Taggart Construction undertaking implementation. A structural assessment of the Rectory along with a Designated Substances Survey (DSS) showed that the building interior needed to be gutted and rebuilt and the building’s limestone block foundation was impacted by water penetration and resting on bedrock which required significant rehabilitation.

Overall, the project  proceeded with minimal incident except for a disagreement about replacing the original windows with new replacement windows, which affected project timelines and costs somewhat. The Rectory units were all occupied by Christmas 2021, and most of the new six-plex units were occupied by April 2022. The four years it took to complete this project during a Pandemic did affect costs. Unfortunately, the project experienced significant cost overruns due in part to the Pandemic .

We feel this is an outstanding example of gentle densification creating 16 residential units on unused serviced land, without impairing the cultural heritage values of the site, and is a positive contributor to the historic Portsmouth neighbourhood. 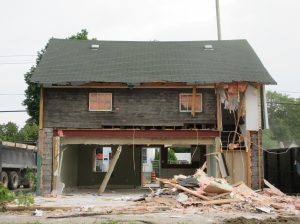 Demolition of the Parish Hall was an important first approval secured from Kingston Heritage Committee. The former stable was altered in the 1990s when it became the Parish Hall . The original structure of the building is seen after the later addition was removed. Original limestone blocks from the exterior walls are reused in the new landscaping. 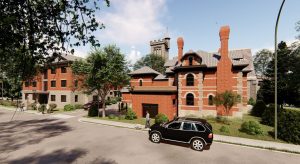 Concept drawing showing the proposed interrelationship between the new six-plex building with the rehabilitated Rectory.

The massing, height and materials of the new buildings was designed to compliment the Rectory 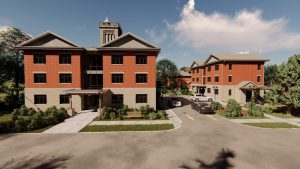 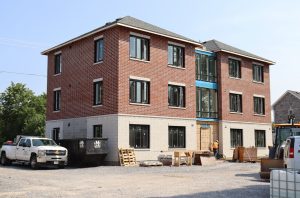 The new six-plexs nearing completion, with the brick and limestone veneer designed to compliment the Rectory. The final design was is close to what was proposed. Front elevation (facing interior parking lot) of the proposed design for the six-plex units. Each apartment is about 900 square feet  with two bedrooms and two bathrooms. Both building have fully excavated  basements which provide ample storage for tenants. Each six-plex building was entirely clad in a real limestone veneer defining the first floor and red brick above to compliment the Rectory The stone panels is scored with coursing joints to the architect’s specifications. Roofing is black asphalt shingle. Each triplex is linked with a shared glassed-in stairwell which is recessed to clearly define the two triplex buildings. Windows are  operable black casement style with two operable windows with the lintel shown as limestone. Garbage storage and bicycle storage is attached to the main building and clad entirely in limestone veneer. 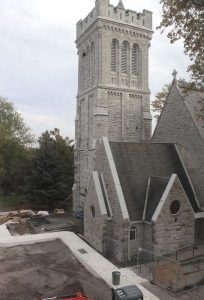 Beautiful views of the iconic bell tower of the Church can be seen from every unit in the two 6-plex buildings. 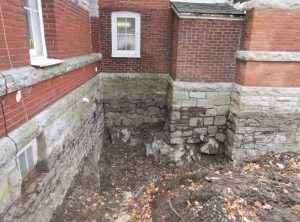 Images of the  Rectory.

Vacant for 13 years the building required major rehabilitation from the large decorative chimneys to excavating the foundations which was built directly on bedrock.

As the Rectory is designated under Part IV of the OHA, careful attention was paid to the exterior, however the interior had to be completely removed due to the presence of lead and asbestos as well as reconfigured to create  the four  apartment units 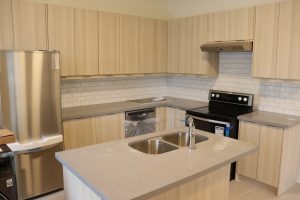 Each Unit in the Rectory is rebuilt as seen here of the new kitchens. However, period features are retained or reincorporated in the design. 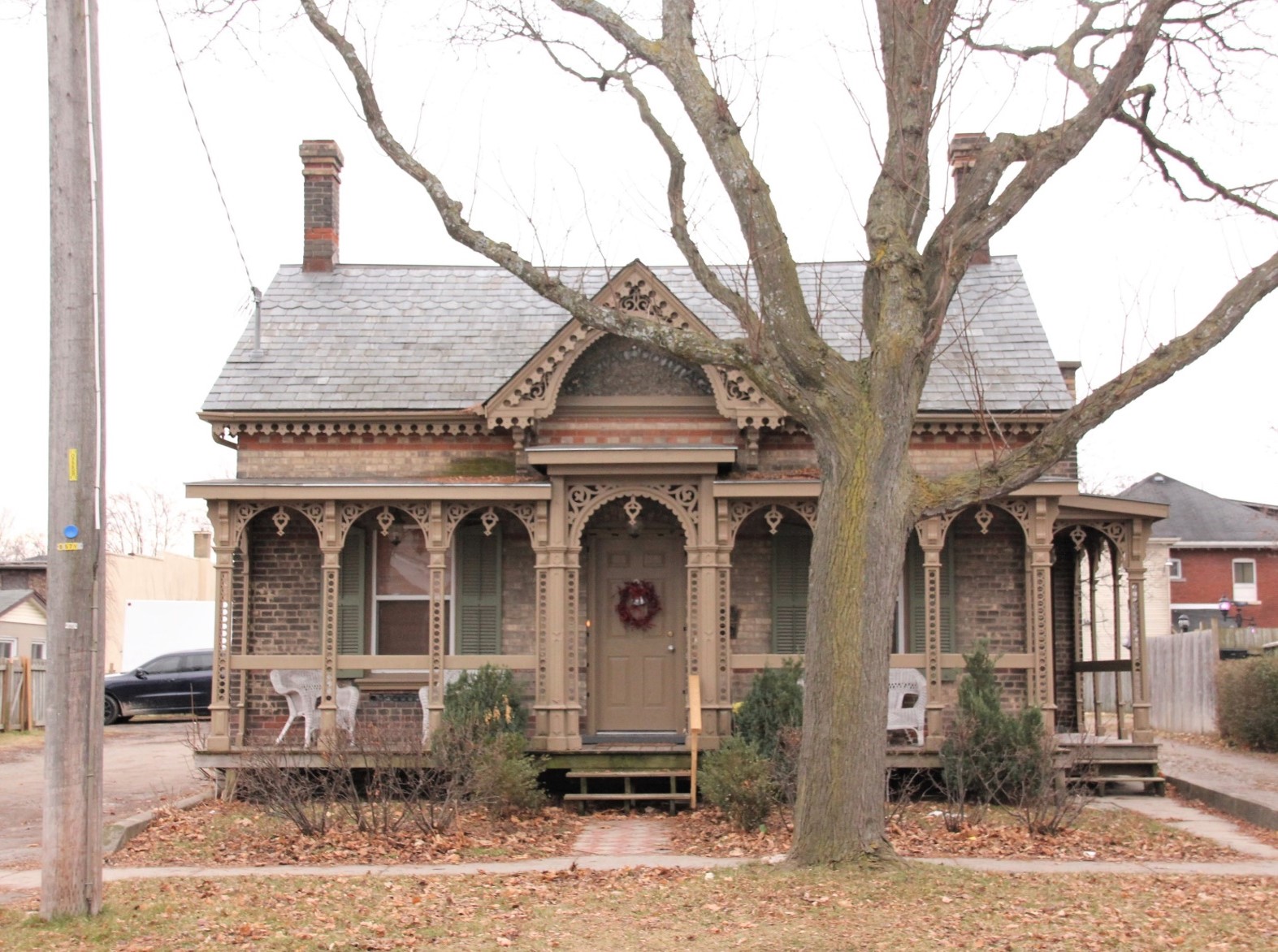 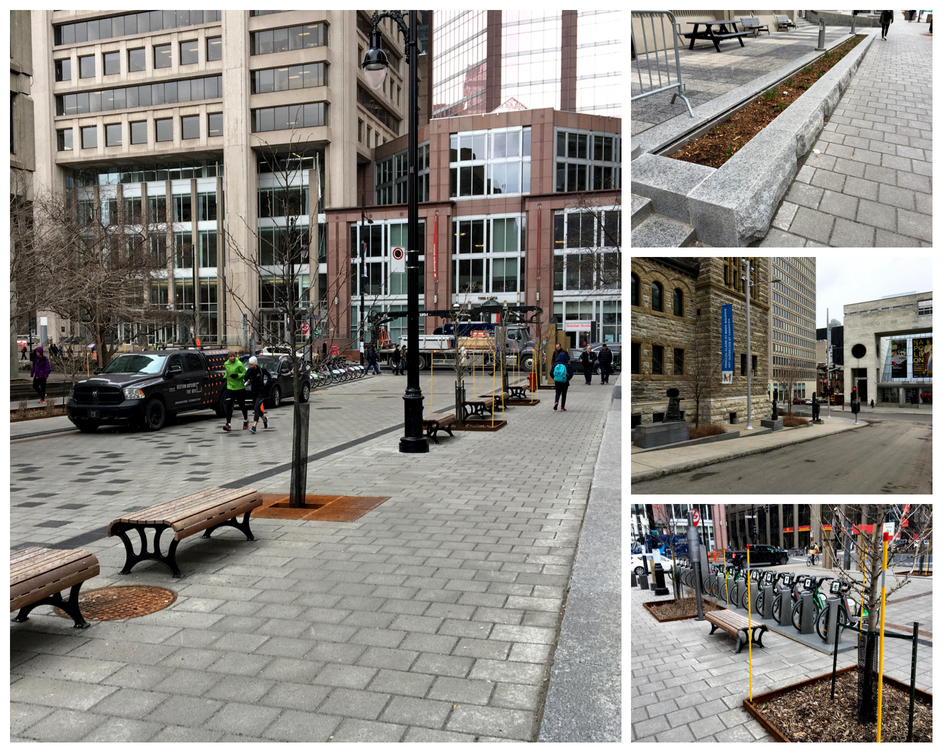 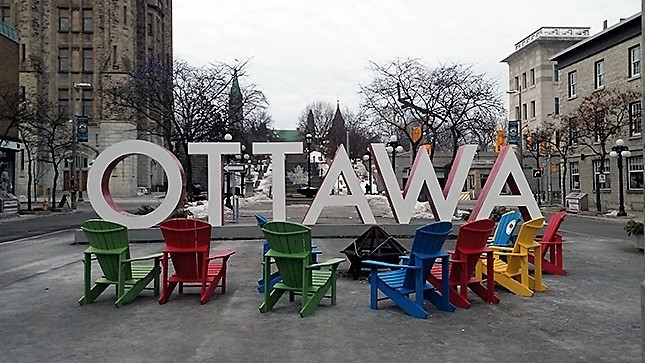